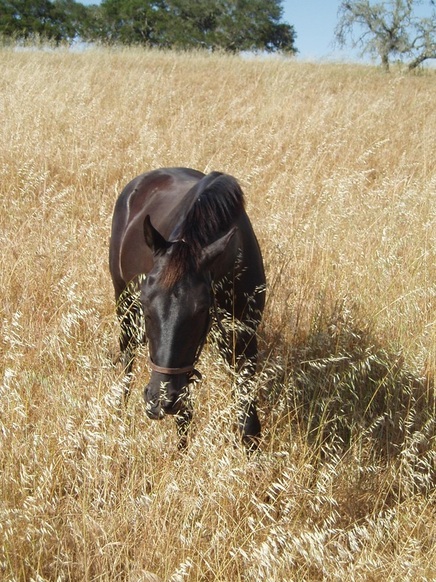 HMA is scientifically well-established and has gained widespread acceptance among health professionals for the insight it offers into mineral and metabolic status. The Environmental Protection Agency states that hair is one of the tissues of choice in determining toxic metal exposure. A 1980 report confirmed the findings of other studies, here and abroad, which concluded that hair is better than blood or urine for studying exposure to some trace minerals. When properly interpreted, HMA yields an enormous amount of very useful information regarding the body’s mineral status.

Hair, nails, teeth and bones are tissues in which trace minerals are stored and available on a cellular level. The levels of minerals in the hair closely correspond with levels in the tissues and organs. Because minerals are essential to numerous functions of all phases of metabolism, HMA can be an invaluable screening tool to determine the correct program of diet and supplementation for each individual horse’s needs.

HMA is not a tool for the diagnosis of disease states, but it is a very good indicator of functional changes. From there, nutritional imbalances and deficiencies can be addressed, as well as other factors contributing to them. Metabolic imbalances can be identified before they emerge as a major full-blown health challenge.

A typical HMA tests for 18 nutrient minerals and eight toxic minerals, and calculates the seven key ratios between specific nutrient minerals. The important nutrient elements are identified as low, balanced or excessive, as are the key ratios. Toxins are shown as within acceptable range or excessive. In today’s environment, animals are exposed to any number of toxic metals on a daily basis, so measuring excessive levels before they cause overt illness is important. HMA measures levels of aluminum, mercury, cadmium, lead, arsenic, uranium and beryllium.

Low mineral values can be caused by inadequate intake, malabsorption syndromes or other metabolic imbalances. High mineral values can indicate excessive consumption, storage of one or more minerals, or other imbalances. The relative ratios of minerals in the hair can also indicate an individual’s specific metabolic function such as trends for blood sugar patterns, stress response and recovery, detoxification rate, the effect of toxic metal processing, and enzyme and endocrine function. HMA also factors in energy production, inflammatory tendencies and the rate of metabolism.

In many respects, the most important piece of information shown by HMA is the type and degree of excessive inflammatory stress the horse’s body is attempting to manage. This inflammatory stress can, at some point, cause a genetic weakness to show itself.

Indications of excessive inflammatory stress appear in many ways. As we constantly emphasize in integrative practice, each horse is unique. Different horses can display completely different sets of issues according to their genetic weaknesses, since each animal is genetically unique. Allergic reactions in horses are of great concern, and are an example of individualized manifestations of excessive inflammation. For example, a horse with hives is manifesting an inflammatory pattern associated with the skin; breathing distress is an inflammatory pattern manifesting in the respiratory system; a joint issue arises from an inflammatory stress pattern affecting the joint, and so on.

It is important to keep in mind, however, that inflammation in and of itself is not all negative. The horse’s body uses specific forms of inflammation to destroy viruses, bacteria and parasites. In addition, certain kinds of inflammation are essential for normal immune function and wound healing.

The presence of toxic minerals automatically increases inflammation and uniquely affects aspects of the body and the metabolism.

• Aluminum is the single most common mineral toxin. Exposure can occur from airborne aluminum, certain feed processing techniques, and the effect of acid rain on soil that increases the uptake of aluminum into pasture. This toxic mineral affects calcium metabolism, bone mineral reserves, and will further shift the metabolism in the direction of the dominant imbalances. For example, if the basic metabolism is imbalanced on the slow side, aluminum toxicity will slow it to a greater degree; if the metabolism is imbalanced on the fast side, aluminum will increase the imbalance by increasing the speed of metabolism. The result is an automatic increase in inflammatory stress.

• Arsenic can also generate major inflammatory stresses and is the second most common toxic mineral in horses. It can also occur in airborne exposures, even if the source of the arsenic is several hundred or thousand miles away. Well water contamination is a very common source of arsenic exposure. In some states, up to 70% of wells are estimated to be contaminated with arsenic. Arsenic affects the gastrointestinal tract, immune function, hormonal balance, and can mimic gastritis and ulcer issues. Recently, acceptable levels of arsenic in the hair were reduced by a factor of five.

INTERVENTIONS FOR TOXIN PROCESSING AND ELIMINATION

A properly interpreted HMA can be a storehouse of information. Interventions can rebalance the metabolism, reduce toxic minerals and ultimately stabilize inflammatory stress patterns. Nutritional strategies using HMA can include supplementation, and detoxification with a focus on balance.

For example, malic acid aids the elimination of aluminum from the tissues. Malic acid occurs naturally in fruits such as berries and apples; however, to get adequate amounts to detoxify aluminum, a supplement is preferred. Doses of malic acid required to help process aluminum can vary substantially, with a typical dose in the 5 gram to 15 gram range, which is one teaspoon to one tablespoon per horse.

Other specific, key ingredients can support healthy toxic processing and elimination, as well as provide support for the detoxification systems and a more balanced metabolism. These ingredients can play a major role in re-establishing a normal healthy metabolism and balanced liver function for toxic removal.

• Magnesium supports cellular energy production, healthy glucose metabolism and acts as a buffer for the acids from toxic exposure and elimination.

• Trimethylglycine (TMG) and dimethylglycine (DMG) work synergistically to support basic detoxification mechanisms by contributing the amino acid glycine, as well as supplying valuable methyl groups, which are essential for the inactivation and elimination of toxic substances.

• Acetyl L-carnitine is essential to the healthy processing of fatty acids as a source of energy. It contributes to healthy endocrine balance, aids in the detoxification of many common environmental pollutants and supports healthy metabolic function.

• The B vitamins niacin (B3), calcium pantothenate (B5), thiamine (B1), pyridoxine (B6), riboflavin (B2) and vitamin B12 support healthy liver function, energy production, metabolic balance, stress recovery and detoxification.

These include a low-glycemic diet with low sugar and starch, adequate protein content and essential, unrefined oils. Feed changes include paying close attention to the glycemic index (GI), which measures the influences on glucose availability in the bloodstream, with optimal amounts of unrefined oil to stabilize blood sugar and the associated hormones.

Unrefined oil or essential fatty acids, when added to the diet, can have a dramatic effect on slowing the glycemic response. Non-sugar sweeteners are recommended in place of molasses to prevent rapid rises and falls in blood sugar and support healthy glucose metabolism. These dietary factors can play a major role in re-establishing a normal healthy balance in hormone and energy production, along with a positive mineral balance.


Where to submit your HMA

Do NOT use Ukele for HMA's. Their products are full of fillers, sugar, artificial flavors and ingredients that are not satisfactory to Dr. Fenton's standards of product formulation. We would love to steer you in the RIGHT direction so give us a call today!